Blog: The Philosophy of Bitcoin Technology 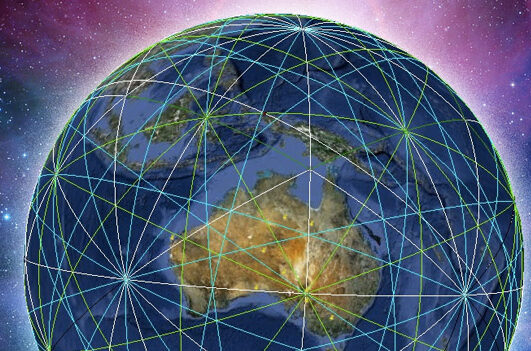 “Bitcoin is more than just a curiosity, it might be a doorway to connect to the world.”
Andreas M. Antonopoulos

This is the transcript of the speech I gave at the Cryptofinance Hacketon Bitspace, October 1 – Oslo, Norway.

Good afternoon, my name is Annemie Bergmans Nilsson, I am the finance manager of the Norway Bitcoin Association.

So, the sky is the limit, as they say … now what, if that old saying is no longer relevant when it comes to Bitcoin technology!

In fact, Bitcoin wasn’t suppose to happen, and yet it did … To elaborate the philosophy behind Bitcoin technology it doesn’t really matter if you don’t thoroughly understand the techniques behind a hard fork or a soft fork, lightning or scaling … as long as we understand that Bitcoin technology is the solution for many – if not all – of the global problems that we encounter on this planet.

The old system is broken … and so it should be!

How will ’the powerful’ – for the time being – continue to try to affect/hinder/take down Bitcoin? They still cling to old ideas, to the inadequate past. They cling as much as they can to the control they once had, and to limiting others in their rightful human rights. They only want to keep creating an environment where the individual can’t do the things they so desperately want and need to do. The only result so far has been profits and more profits for the same old few.

Despite all of the messages and horror stories of fearmongering, they are just trying to convince you, that controlling us is the only way to protect us from evil, whatever that may be. When in fact the only thing they are trying to protect, is their own insufficiency and wealth.

No matter what they try to do, Bitcoin technology will evolve, become more resilient, get better, go higher and expand even more. Whatever negative action that tries to attack it, it will only result in Bitcoin technology getter stronger, better and more resistant, and it will adapt more and more …

But if you try to claim, limit, enforce your own narrow minded set of rules and tweak Bitcoin from a wrong and an old way of thinking perspective – that is, when it’s only coming from self-enrichment or greed – you will only encounter disaster and failure. You’re making it into something it is not! You are cutting it off from it’s core.

Although Bitcoin technology doesn’t have a real tangible core or centre, we can visualize it as a global grid that is connecting everyone in the world … really everybody, without leaving one soul out of the grid! Giving everybody a place where they will be able to make their own choices, because they will have their own power back, the power over their own money, the power of their own self worth! Can you imagine what a rippling effect this is going to be??

What does that really mean?

Let’s take a real life example of what Bitcoin technology could mean f ex to the people of Haiti in the aftermath of hurricane Matthew.

Haiti is the poorest country in the world, and when the latest hurricane Tomas hit the island in 2010 the American Red Cross collected nearly half a billion dollars to help build up the country, so they say. As of today only 6 houses were build out of the 900 that were needed. Today 6 years later there are still 55.000 Haitians living in tents or other kinds of shelter. One could wonder where the rest of the money has gone?? And how the people who donated now feel when they discover that in fact they didn’t help out the way they wanted.

Today, with all the devastation that recently hit this country again by hurricane Matthew, the Haitians themselves ask that this time, please do not donate to the American Red Cross.

With the open source and transparency of Bitcoin technology it will no longer be possible that so called World Aid Organizations and/or dishonest governments will be able to hide their swindling scams and conning activities, no more.

This new technology will assure that no organization will gain any profits from the tragedy in somebody’s life. Because now the donator is sure that all of his donated money – at a very low fee – will end up with the individual that really needs it, and the receiver will almost instantly get the money and will be able to decide himself what to do with it, without anybody trying to interfere.

What could this mean to the Haitian? From that moment on this person is the owner of his or hers own bank, they decide themselves what they will do with the money. Now they can buy food, get medical care, rebuild their home. Maybe they could take some part of that money, get together with others and together they can rebuild the schools, and decide which education they want to provide for their children.

Maybe some towns will join together to rebuild the infrastructure. They could even find new ways of living and thriving by creating new jobs and new ventures, maybe even connect to smart contracts, because with the independence they were given, now they can. And most of all, these people will – maybe for the first time in centuries – get a new sense of hope!

Another example is the situation in Spain: for the past 10 months, this country has lived without a traditional national government, because after two elections no party has won enough seats or forged the coalition needed to form a government. Despite this, the people of Spain have done the impossible: they have survived without a government!

For the first time in Spain’s history as a modern democracy, this country of 47 million people has a caretaker government, and now they see what life can be if politicians simply stepped out of the way, and are no longer able to cause any more harm.

Life in Spain goes on very well. Those who need it still receive their benefits, basic government employees are still paid. The streets are clean, and public trains and buses continue to work. Even more so, Spain’s economy has been growing for more than 3 % for the last 15 months, and no new invasive laws could be enforced on the people by corrupt governments.

So maybe, the daunting tales that we have heard, telling us that it is impossible to live without the safety that only government institutions can provide, were only made up to cause doubt and fear in people’s minds.

Of course, the people of Spain still need to figure out – surely with ups and downs – how to come together and make a sustainable community. But hey, maybe Spain could become the first autonomous country … who knows??

So, with the openness, transparency and flat organization that is the Bitcoin technology, we don’t need anyone’s permission to create new inventions, new companies and new investments which in turn will create new levels of success. What impact could this have for transportation, education, health care, community, politics, etc … ?

It can only happen when an individual or a group of people, who refuse to think or act the same way everybody else thinks or acts, decides to make a difference and start developing new applications, new projects and new ventures that nobody has imagined or created before.

With this in mind, the Bitcoin community has a large responsibility … it is this awesome groundbreaking technology that is going to be the answer … each project is to be an investment for the greater good for everyone.

It all comes down to universal neutral trust, and the Bitcoin/Blockchain technology is giving us the foundation, the building blocks to create anything we want, where dreams become improving solutions. We will watch and see groups and initiatives come together, and create new tools and applications to build something unique, meanwhile inspiring other groups to establish even more unlimited ideas, reaching beyond anything we know!

This is never done before in the history of mankind!