CR: Visualise the Victory of the Light 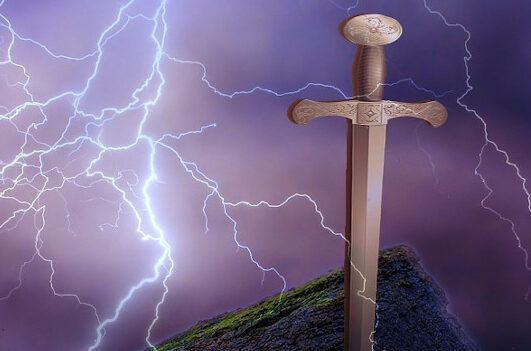 In the month of January, we will probably see the beginning of the Truth coming forward in the world and this will increase during the rest of the year – first in the United States and then the other countries will follow. 2020 being the Year of Truth for all the Lightworkers, Star-seeds, Pioneers and those who bring the Truth … 2021 will be this for the rest of the world population. We have now learned that the process is at least as important as the goal, and that everything has to be done at its own pace and in Divine Timing. So, it is unlikely that the Truth will erupt in one big explosion. At first it will rather be seeping through, later to become a small but steady stream.
Although it can be tempting for us to wake up in the morning, wishing to lay it all on the table and say ‘Ha! See, I’m not crazy!’ such an approach would not benefit the collective. On the contrary, it would lead to a physical, emotional, social and structural chaos from which we would not easily recover.

Therefore, we have to continue to be patient, but at the same time we will little by little taking on our new roles of ‘those who know and understand’, ‘those who are not shocked and afraid’ and ‘those to whom you can turn for support and explanation’. As more and more people awaken and start seeing what the world is really like, our knowledge and experience and our peace of mind will become increasingly important and much more sought after. At the same time there will be further activities and stories going around in society and in the world, that want us to believe that the New World Order is being ushered in (that won’t succeed), that B has won and is inaugurated as president (he is not, an eventual inauguration is all just a show) and that the same old structure of power – that has controlled us for thousands of years – is still in control (it is not, these are just desperate and fruitless attempts to gain back some power). An example of this, is the new pandemic law the government has laid before the Law Council and which is expected to become of effect early next year. This is a potentially very unpleasant means of power and control they try to launch, as a last-ditch attempt to hopefully gain more time in 3D to downgrade our DNA – before it is irrevocably and forever upgraded.

When we are confronted with the desperate endgame of these dark agenda’s, it is easy to react with fear, powerlessness and hopelessness … because that is EXACTLY how they want us to feel, for it makes us more willing to cooperate and easier to control. We are programmed to have this reaction; we have been taught this since childhood for many generations, and now they are doing everything they can to maximise its effect. The first step to not be pulled into all that misery, is to be aware of what is happening and to pay attention to your own reaction to it, to recognise it for what it is: a programming to be afraid, to not be able to react and to be easy to control. The next step is to realise that this reaction leads to a lower timeline, one where not only is the thing that you dread more likely to happen, but there is also a whole string of other equally unpleasant things awaiting.

When you are aware of this, you can instead actively choose a higher timeline, where there is less chance of e.g., the implementation of the pandemic law and all its restrictions … a timeline where you stand strong in your beliefs and your sovereignty and where you withstand their influence. A better approach would be to realise that nothing yet is clear or decided, that there are numerous timelines that are all very tight knit. It may very well be that the proposal for this law will not pass, or only parts of it will. Or maybe it is passed, but will only apply for a short amount of time … or the Truth will come out before it can be implemented, or it does not need to be implemented because the Truth is coming out, etc.

Please don’t ever follow their lead of a victory for the dark agenda, because then you would send confirming energy to it, thus helping it to gain ground. Feel free to start visualising the Victory of the Light, for that will confirm its Victory, but never allow yourself to picture a victory for the negative forces … these are all moves in a game of chess. They make these moves, hoping to achieve the maximum effect, but by not believing in them, by not giving them any energy and by not accepting that their ideas can survive in our new world – or that they can have a lasting effect – we have the power to undermine all of their moves, however diabolic they may seem.

Sovereignty, intention, conviction and frequency are the Weapons of the Light. All of us possess these Weapons and we all have the Power to use them. Now is the time to wield our Sword of Light and Truth!

It is for the first time that we bring you a text from Charlotta Rexmark. This Swedish lady not only writes messages herself but she is also a channeler. We have her permission to translate this positive, encouraging message for our readers.

TO SHARE: You are welcome to copy the URL from our website and paste it on your website or social media. Thank you for your understanding and your support to our work!www.spiritueellezen.org.